HM Treasury is calling for evidence as part of its consultation on developing a regulatory approach to cryptoassets and stablecoins.

The objective is to create a regulatory framework which will both support innovation in this sector while mitigating risks to investors.

This builds on work started in 2018 by a cross-authority Taskforce which explored the impact of the rapidly growing cryptoasset market. According to HM treasury’s consultation paper:

“Two years on, the landscape is changing rapidly. So-called stablecoins could pave the way for faster, cheaper payments, making it easier for people to pay for things or store their money. There is also increasing evidence that DLT could have significant benefits for capital markets, potentially fundamentally changing the way they operate.”

The consultation paper also presents a timeline of recent and ongoing workstreams in this area. 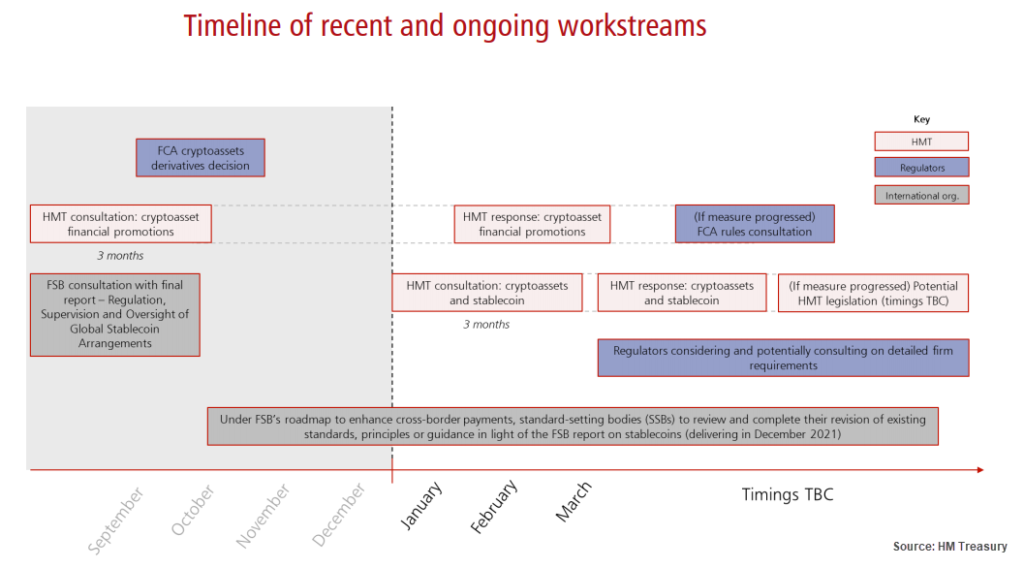 According to blockchain experts, Ledger Insights, the plan is for a relatively light touch regulatory approach for cryptoassets as consumers appear to be generally aware of the risks of speculation in such assets. However, for stablecoins there appears to be a desire for tougher regulations with the consultation paper outlining a wide range of organisations that could be regulated.

Responses to the questions posed in the consultation document should be sent to: