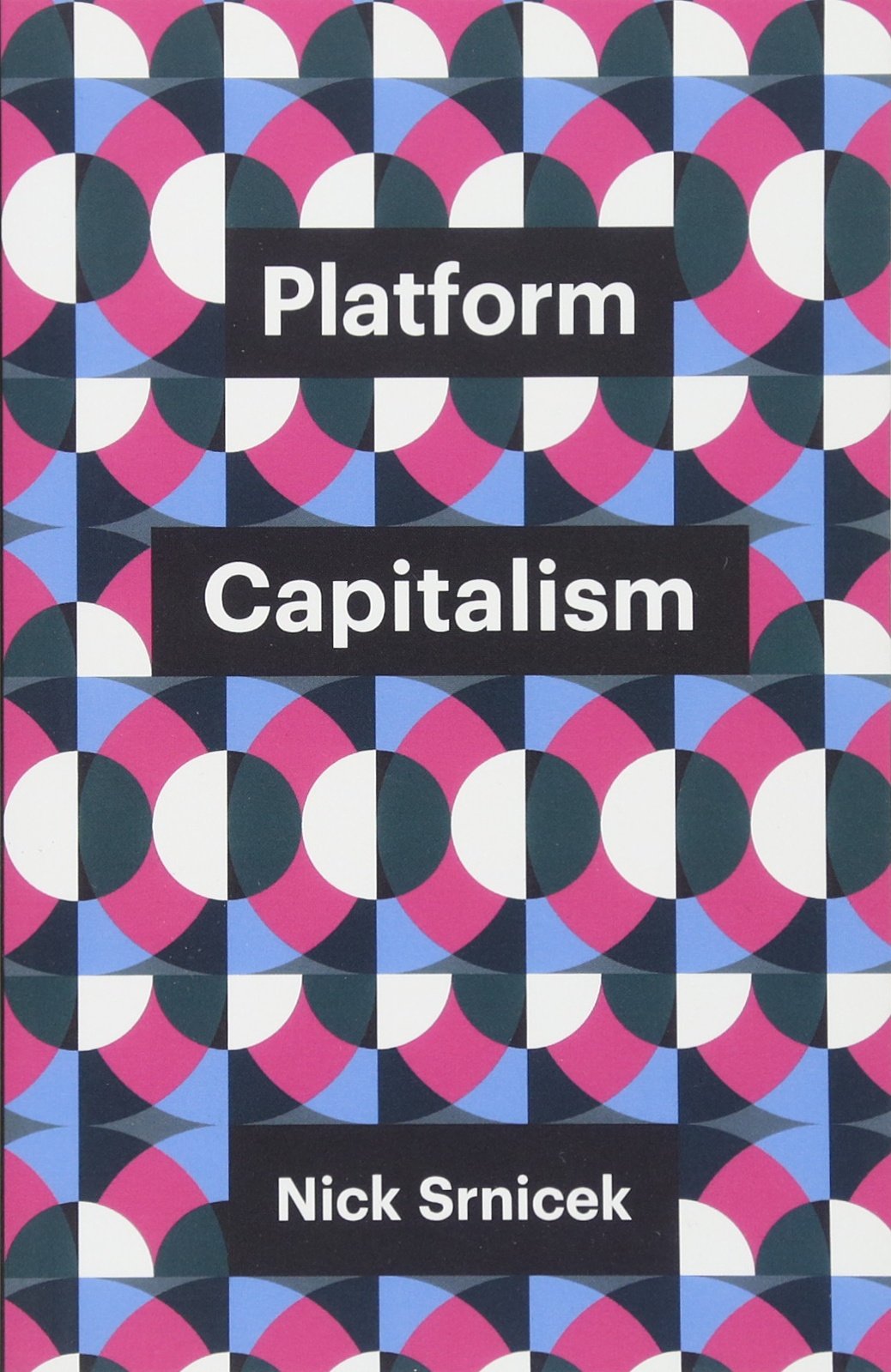 Category: Research
The central focus of the book is data and how it is captured, processed and monetized by platform owners such as Facebook, Google and Uber.

The central focus of the book is data and how it is captured, processed and monetized by platform owners such as Facebook, Google and Uber. Srnicek is critical of some of the approaches of these companies, particularly Uber, but offers a realistic and useful description of their business models and the challenges they face as their platforms mature and the basic drivers of capitalism force them to seek new ways to grow and increase profits.

The book is divided into 3 main sections with the first providing a useful introduction to the key macro and micro-economic post-war trends and the reasons for the end of the post-war boom in developed economies since the 1970s. This sets the scene for the rise of new business approaches from the 1980s and the breakdown of relatively benign labour relations brought about by the need to restrain costs in a global market experiencing an over-supply of goods. The theme of this section is encapsulated by its title, The Long Downturn. This culminated with the financial crisis of 2008 and the subsequent slashing of interest rates around the world. According to Srnicek this is partly responsible for the flood of money into risky high-tech bets:

Most important for our purpose is the fact that the generalised low interest rate environment built by central banks has reduced the rate of return on a wide range of financial assets. The result is that investors seeking higher yields have had to turn to increasingly risky assets – by investing in unprofitable and unproven tech companies, for instance. (Page 30)

We have also seen this contributing to the massive rises in house prices and speculative investing in Bitcoin.
Section 2, titled Platform Capitalism, develops the idea that the exploitation of data is at the heart of the rise of new technology platforms and Srnicek does a good job of providing a critical view of some of the more utopian commentators of the so-called ‘New Economy’. In discussing the characteristics of data he makes a good point about data collection and analysis not being frictionless as some writers on this subject would have us believe:

Most data must be cleaned and organised into standardised formats in order to be usable. Likewise, generating the proper algorithms can involve the manual entry of learning sets into a system. Altogether, this means that the collection of data today is dependent on a vast infrastructure to sense, record, and analyse. (Page 40)

Srnicek then points out that most business models from the industrial era are not suited to the exploitation of data and so new models have had to be developed, resulting in the rise of platforms. The harnessing of network effects has been central to these developments.
On the basis that many of the most successful digital platforms (Google, Facebook, Twitter) are built on the exploitation of content/data provided for free by their users (user-generated content, UGC), Srnicek discusses whether we can call the activities of social media users as ‘labour’ in the context of Marxist surplus value. He rightly points out that this can lead to “tedious scholarly debate” and acknowledges that it would be difficult to define it as labour in the traditional understanding of the word. I would argue that as platforms built on UGC become more reliant on commercially produced content, this debate is becoming less relevant. As organic UGC content is increasingly surpassed by commercial content, platforms like Facebook and YouTube are becoming more like traditional media.
Sectoin 2 then moves on to discuss cloud and product platforms and rightly makes the point that the data which these platforms generate is core to their success in terms of better understanding users, saving costs and new product development. Srnicek is most critical of what he calls Lean Platforms such as Uber and the ill-fated Homejoy. He points out that the profitability of their business models has yet to be proven with the emphasis of their founders and funders being on rapid growth and customer acquisition which has come at a high financial cost:

Far from representing the future of work or that of the economy, these models seem likely to fall apart in the coming years. (Page 88)

Section 3 is called Great Platform Wars and, as the title suggests, considers the competitive pressures facing platform owners as they mature and new entrants attempt to take market share. A natural outcome of platforms which have successfully exploited network effects is their becoming something very close to monopolies, something we have seen with Google and its stranglehold of search in many countries and Facebook with social networking. The harnessing of network effects, path dependency and the control of user data makes it extremely difficult for new players to enter the market. Srnicek points out that we are seeing a shift away from price as a source of competitive advantage; how can you compete on price if your product is given away for free? I wonder if this will lead to users being paid for their data, something which a number of start-ups have tried but not yet successfully on a large scale.
On the subject of personal privacy and the sharing of data by social media firms, Srnicek argues that their business models require the suppression of privacy and quotes a very good analogy from Zuboff 1):

Importantly, ‘once we understand this [tendency], it becomes clear that demanding privacy from surveillance captitalists or lobbying for an end to commercial surveillance on the Internet is like asking Henry Ford to make each Model T by hand. (Page 101)

Srnicek is not as optimistic about the rise of the industrial internet to transform the manufacturing sector as many writers on this subject. He does not see the German vision of Industrie 4.0 as powering an industrial renaissance but rather as primarily a cost-saving exercise:

Rather than improving productivity or developing new markets, the industrial internet appears to drive prices still further down and to increase the competition for market share, thereby exacerbating one of the main impediments to global growth. (Page 116)

Overall, he presents a negative outlook for many platform owners and believes that their legacy will largely be services for the ‘rich’. He contrasts this with the physical infrastructure that was left over from the first dot com boom and bust and which has provided the technological foundations for the current one.
I’m not convinced by his vision of the future and desire for what he calls postcapitalist platforms which are used to better redistribute wealth. He argues that state-funded platforms would be independent of ‘the surveillance state apparatus’ but I would think the opposite would be the case. I’m deeply skeptical about the private platform monopolies which have emerged in terms of their benefits to society but state-funded ones would be unlikely to offer the dynamic range of services which appeal to users and state sponsors would be sorely tempted to use the data for a range of purposes, not always for democratic ends.
Overall, Platform Capitalism offers a succinct and well-written summary of the current state of affairs in the world of technology platforms. It’s critical approach combined with the author’s good understanding of the business models driving innovation in this sector and the centrality of data to commercial success makes this an excellent read for anyone wanting to explore this area. We can hope that in a couple of years Srnicek will provide a second edition which will incorporate the impacts of net neutrality legislation changes in the US.
Purchase on: Amazon Amazon